Daures Stephens is a long-time resident of the Kern River Valley. He worked here as a deputy for the Kern County Sheriff's Office. Prior to that, Daures served his country as a United States Marine Military Police Officer. After a long and distinguished career, he retired and fulfilled his dream of owning a motorcycle repair shop. His love for public service, however, did not retire with him. He served as the Commander of the local American Legion Chapter 711, and he was instrumental in getting the Kern River Valley Court House back up and running. Daures is now running for Kern County First District Supervisor.

Glenn Peterson is a resident of the Kern River Valley and US Marine. He now works with Daures at SOUTH LAKE CYCLE and helps run the business.

SOUTH LAKE CYCLE  is a proud American company selling products made in America. 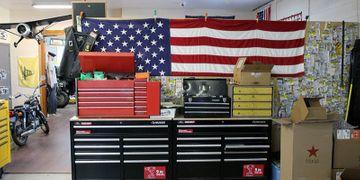 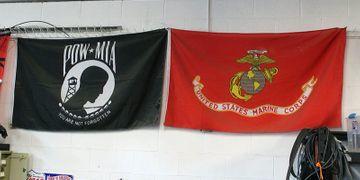 SOUTH LAKE CYCLE is a fully operational mechanic's shop. We work on everything from street legal Harley Davidson's to most Foreign/Metric motorcycles, along with off-road motorcycles, dirt bikes and ATVs. If you have a problem, we can fix it. We have a nice selection of tires in stock, but we can also order anything that you need if we do not have it on hand.